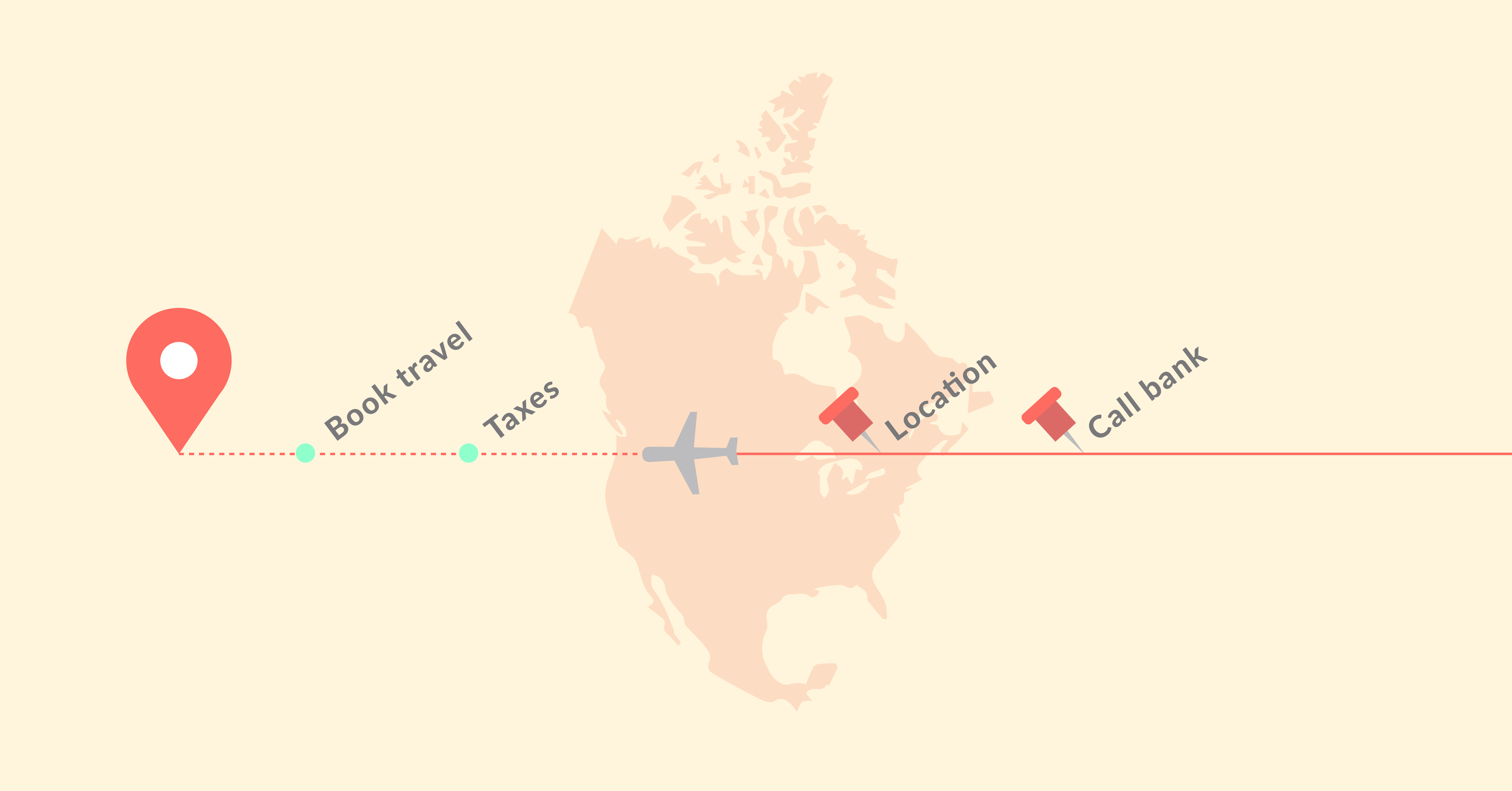 How to buy property in the United States

If you want to invest in a stateside property to escape Canadian winters, here’s what you need to know.

When clothing importers Josée and Jean Lemieux set out to buy a U.S property, they knew exactly where they wanted to enjoy the sunshine. “My mother and father owned a condo in Boca for 28 years and I spent every Christmas and Easter there,” Josée recalls fondly.

After the 2008 recession, the Quebec City-based couple bought their first condo in Florida, and later snapped up three more at rock-bottom prices. They used to rent out some of their properties but have since sold all but one: a 1,400 square foot, oceanfront abode where they spend their winters.

The now-retired couple says they love Florida living and have done well on their U.S. real estate deals but admit that there have been snags along the way, including around tax issues and having to sue a buyer when the person failed to pay. “It’s complicated,” says Josée about buying a home in the U.S. “But we’re glad we did it.”

Many other Canadians are living the snowbird life too. In 2017 alone, Canadians bought $19 billion USD worth of property in the U.S., according to the National Association of Realtors. Buying property south of the border is a little different than buying in Canada, so it’s a good idea to know the ins and outs before buying your southern home.

Getting a mortgage in the U.S. used to be difficult, as most Canadians don’t have any credit or financial history there. Now, though, you can work with the few Canadian banks that operate south of the border.

By sticking with a domestic bank, you’ll avoid paying premiums that foreigners often have to pay on loans issued in the U.S. Don’t forget that like in Canada, you’ll also need to pay extra fees for attorneys, inspectors, appraisers, and tax professionals.

When choosing a sunny southern home, beaches aren’t necessarily best. Some spots in Florida are prone to water damage because of erosion from the ocean, while homeowners in Phoenix often deal with improper drainage, which can lead to flooding and termite infestations. Natural disasters, such as floods, hurricanes, and forest fires—all of which are common in the U.S.—should factor into where you buy, too.

To make sure the home you’re eyeing is as safe as possible, work with an experienced realtor, and insist on an inspection by a state-licensed home inspector. Like here, the Contract for Purchase and Sale should grant buyers an inspection period and allow you to exit a purchase without losing your deposit if a major issue is discovered.

Of course, there are taxes to consider, and non-U.S. residents will have to give some of their money, whether because of rental income or proceeds from the sale of a home, to Uncle Sam. Not surprisingly, the tax implications of owning a home stateside can be extremely complicated, so be sure to talk to a cross border accountant before you buy or sell one.

In general, for rental properties, the U.S. government will charge a 30% withholding tax on gross rental income, and a 10 to 15% withholding tax on the gross proceeds of a home when you sell. You may be able to get some of that back, while some could go to offset other U.S. taxes.

Also, if you buy a property when the Canadian dollar is strong and sell when it is weaker, there will be a currency gain, which is taxable in Canada. This can be significant. If you buy a home for $1,000,000 and sell it at a later date when the Canadian dollar has depreciated 5%, that would mean a $50,000 gain due to the exchange rate. If the exchange went in the opposite direction, your $1,000,000 USD home is now worth $50,000 less when you convert it back to Canadian dollars.

There may also be tax implications if a U.S. home is in two people’s names and one person passes away. According to PwC, if a spouse dies and the surviving spouse is not a U.S. citizen, then the full amount of the value of the property will be included in the deceased spouse’s estate, which could be subject to tax. This could be a significant amount—meaning that you may have to sell the home you love to cover the tax burden.

You may be able to avoid the tax hit if you and your spouse both contribute money to the purchase of the place, but there are other will and estate planning issues that could come up too when two people are on the title.

Fortunately, thanks to a Canadian-U.S. tax treaty, taxes from opposite sides of the border can, but don’t always, offset each other, while foreign tax credits can lower your U.S. tax bill. You will have to pay additional fees to a cross-border accountant to help you with these nuances.

How long you plan on staying in the U.S. isn’t a real estate issue, but it is something to think about before buying. Canadians can stay a maximum of 182 days during a 12-month period before they’re required to file a U.S. tax return. As well, if you’re out of province for 183 days, or 212 in Ontario, you may lose your provincial health benefits. If you want to buy a home to live in for longer than six months, then you’ll have to take care of these other issues too.

If there’s one lesson the Lemieuxs learned, is: get the right professional help. The fewer hiccups you encounter when buying U.S. property, the more stress-free time you’ll have to lay in the sun. For Josée Lemieux that means spending an early spring Florida day in the warmth with their daughter and granddaughter, with no thoughts of Canadian slush and mittens. “We really like it out here,” she says.