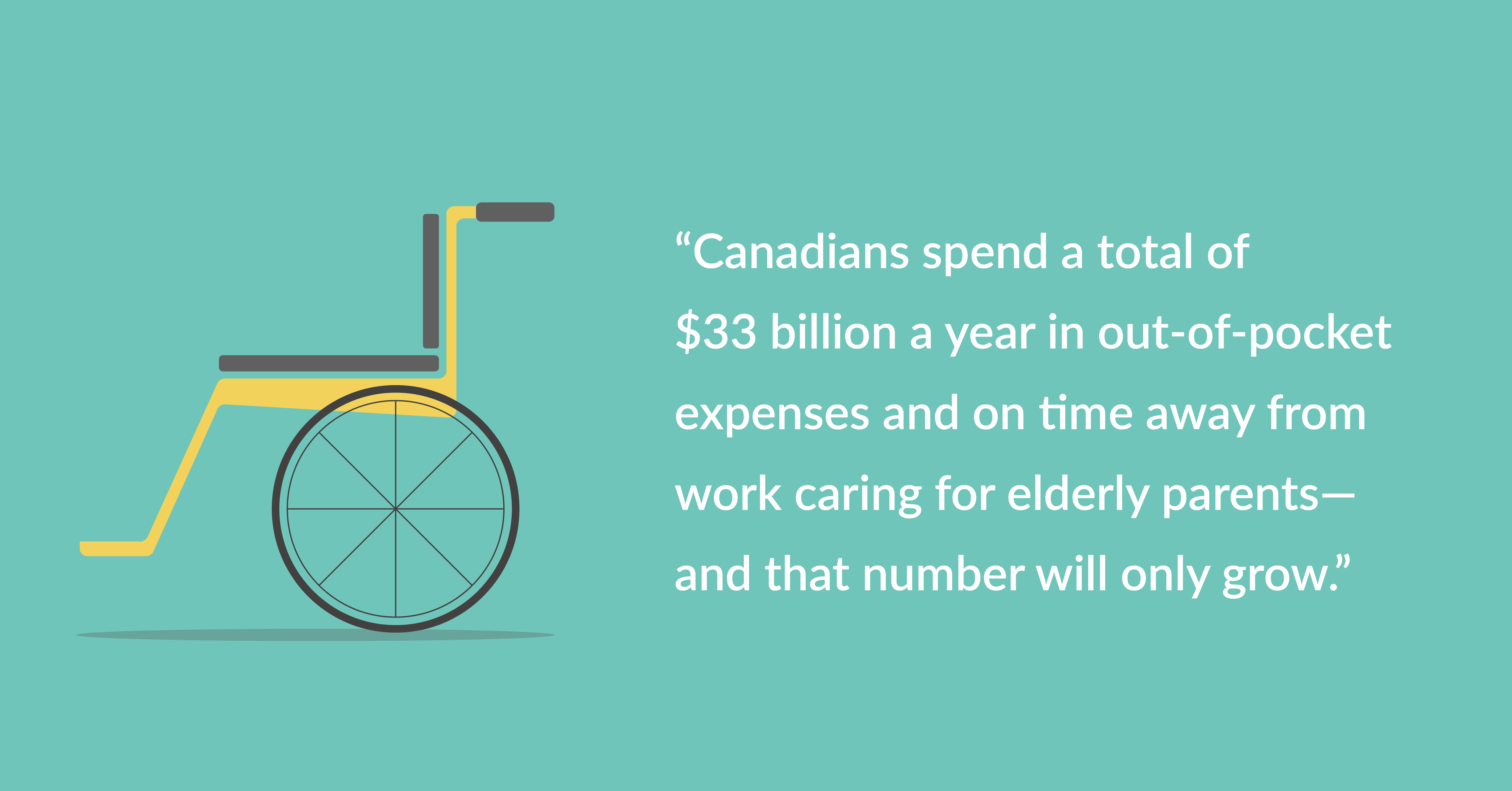 The real cost of elder care

Many Canadians will, at some point, have to take care of an aging parent. Here’s what you might have to spend.

In 2008, Jan Norris was in the kitchen cooking a Christmas brunch with her mother when her mom struggled to remember how to prepare a dish she had made every year for the previous two decades. With Alzheimer’s running in her family, Norris was understandably concerned.

Unfortunately, she had reason to be worried: In 2010 her mother was diagnosed with Alzheimer’s and vascular dementia. “The minute you get the diagnosis about your parent is the hardest thing,” she says. “She was no longer the parent I used to know.”

As hard as the news was, Norris, a Toronto-based healthcare industry consultant, soon received another shock: caring for an ailing parent is costly. After selling the family home and moving her mother in with her, Norris hired home-care workers for $22 an hour, five days a week, for 12 hours a day. That added up to about $5,700 a month. “Thankfully we had money from the sale of the house,” she says.

As Norris learned, elder care is expensive. According to one 2017 survey, Canadians spend a total of $33 billion a year in out-of-pocket expenses and on time away from work caring for elderly parents. “That number will only grow,” says Peter Silin, owner of Vancouver’s Diamond Geriatrics, a company that specializes in aging and caregiving issues.

While planning for elder care-costs, whether for yourself or for a parent-can be difficult, you can still get estimates now and start putting money away early. Here are a few factors to take into account.

Living costs can vary wildly, and it largely depends on the health of your parent and what kind of accommodations they’d like. “Many provinces offer some sort of free or low-cost in-home care,” says Silin, “but it’s usually for more basic issues, such as bathing and dressing, though some support workers can administer medications.”

If a parent needs minimal care, then this may be enough, but more sustained help, such as what Norris’s mother needed, can add up. Silin has seen people pay upwards of $20,000 a month for at-home help.

The most common way to secure in-home care is through an agency, which can be pricey, “but every detail is covered,” says Silin. You can also hire a team of workers yourself, which may be cheaper, but then you’d have to manage it all. “You can pay less than what agencies are charging, but you would be an employer,” he says.

While Norris had help at home, she still found it difficult to give her mother everything she needed. About seven months after moving into her daughter’s house, Norris’s mom moved into a retirement home.

At first, she paid about $4,000 a month, which included costs for renting a room and around-the-clock care. As her mother’s health deteriorated, the fees climbed to about $4,800 a month. When her mom started having trouble swallowing, she had to pay a separate support worker $25 an hour for four hours a day to help her eat.

Some homes can be far more expensive, depending on the amenities and qualifications of the medical staff. Silin knows of those that cost $12,000 a month.

“One of the biggest costs to those caring for elderly parents is lost wages and productivity,” says Stuart Small, a Burlington-based CFP. Presenteeism—working while sick or distracted—is an issue he’s seen. People might go to work, but not be able to focus. “That can impact someone’s earning ability,” he says.

Norris was so distracted at her job that she quit to dedicate herself to taking care of her mother. In some ways, it was a blessing in disguise—she took two months off, which did impact her financial situation, but she then started her own consulting company, which allowed her to work and be around her mother more often.

Costs can add up

There are other costs to consider, too. Wheelchairs can run about $4,000, some people may need to renovate their homes to accommodate a parent who may not be able to get up the stairs to a bedroom, and there are consultants, like Silin, who can help navigate one’s elder care needs, and charge between $100 and $200 an hour. You can also buy walkers, beds, mechanical lifts, and video cameras to keep an eye on someone.

Of course, people will spend what they need to take care of an aging parent, which is why planning early is a must. Small suggests earmarking some savings to healthcare sooner rather than later.

While Norris’s mother passed away in 2015, the experience of caring for an aging parent made her think carefully about how she wants to be taken care of when she’s older. Over the last three years, she’s started saving more, and she’s carefully considering future healthcare costs. “I am being more proactive thinking about the types of support and related costs that might be incurred,” she says.