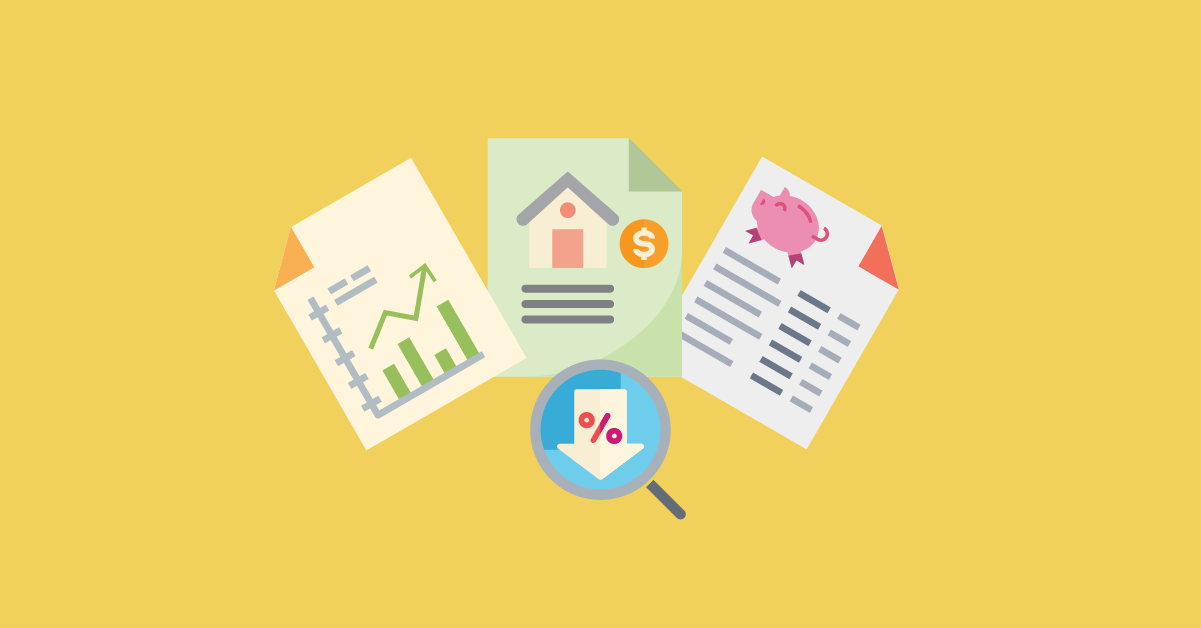 What a low interest rate environment means for you

The Bank of Canada’s rate is, once again, at historically low levels. Here’s what that may mean for you.

Back in March, the Bank of Canada’s decision to lower interest rates three times got a lot of attention in the news—lowering from 1.75% in January to 0.25%. With monetary policy being as complicated as it is, it’s important to understand its effect on your personal finances. Interest rate movements can impact the stock market, mortgage costs, savings account rates, and more.

What lower rates can do for the economy

Interest rates are one of the main tools that central banks can use to try to control economic growth. Essentially, when rates are low, borrowing costs decrease and vice versa. So, when the economy struggles, central banks often lower rates to make borrowing cheaper, which in theory should encourage businesses to invest more or hire more people; and, more broadly, encourage consumers to purchase goods. Thus, as overall spending increases, GDP growth should also rise.

Central banks also use expected inflation as a metric, which they typically project to be higher when growth rises. They closely monitor inflation levels since in the more extreme cases, basic goods can become unaffordable, which can lead to other issues such as an economic downturn or even political instability.

When a central bank cuts its rate other money lenders, like banks and mortgage companies, may follow and cut their consumer lending rates as well. Anyone with variable-rate debt—whether that’s a line of credit or a mortgage—will have noticed a change in either how much they have to pay or their amortization time. (Some people choose to lower the payment; others keep the payment the same, which then reduces the amount of time left on the mortgage.)

If you have a fixed-rate loan or mortgage, you wouldn’t have felt a change unless your term was up and you had to renew. However, with several lenders now offering five-year fixed rates well under 2%, some may find it worthwhile to pay the requisite penalties to break their contracts and refinance. Similarly, those with high-interest loans or outstanding credit card balances might be able to consolidate their debt in a lower-interest mortgage or line of credit—which will allow them to pay down the debt more quickly.

One of the worries around low rates as it relates to housing is that cheaper borrowing makes it easier to afford higher-priced homes, which then tends to push up purchase prices overall. After rates dropped during and after the 2007-2008 recession, home prices in Toronto, Vancouver, and other cities skyrocketed. While there are always other contributing factors to such an increase (like desirability to live in certain places and immigration), the ability to buy a bigger home with a lower monthly payment likely contributed.

But what happens if rates start to rise? You may be able to afford the $1-million home today, but if your variable rate mortgage increases or if you have to renew a fixed mortgage at a higher rate, you could find yourself overextended.

Impact on stocks and bonds

Low interest rates also have a tendency to push stock prices higher. While company shares rise for many different reasons, when interest rates are low, it gets much harder to earn a decent return in bonds, which are generally considered safer investments than stocks. For instance, if you can only earn about 0.57% on a 10-year Government of Canada bond, a stable blue-chip stock with a 4% dividend yield looks a lot more attractive if we only look at the potential income generation.

Bond prices are also impacted by the Bank of Canada’s overnight rate. Again, while there are many reasons as to why yields rise and fall (especially with longer-term bonds), there is some correlation between rate cuts, raises, and fixed-income yields. When bond yields fall, bond prices rise—and vice versa. So, a rate cut can help boost returns in a bond portfolio. But a rate increase could mean the bonds you’re holding will decline in price.

In a low rate environment, some people tend to make rash investing decisions such as loading up on more stocks and reducing their bond allocation. It’s imperative that you speak with a financial advisor before making any changes to your asset mix. In a balanced portfolio, bonds can add important diversification and act as a shock absorber during a sudden market drop. While low rates may make stocks look more attractive, that doesn’t mean the market is any less volatile. An unexpected drop could cause you a lot of frustration and stress.

One of the main downsides of a low-interest-rate environment is that it can discourage saving. Usually, when rates drop, so too does the interest rate one can earn in a savings account. Unfortunately, savings rates don’t always increase when interest rates rise. With rates currently so low for these type of accounts as well as less riskier investment vehicles such as GICs and government bonds, it’s difficult for those who are more risk averse to earn money.

Having said that, some banks are offering high-interest savings accounts (HISAs) or GICs that pay around 1.7% annual interest, which is above the current rate of inflation. Those accounts can be useful for an emergency savings account, or if you need to have accessible cash in the short-term—you can save and still maintain purchasing power. Still, it’s important even in a low interest rate environment to keep additional, liquid assets on hand so you can budget for the truly unexpected, no matter how much those HISAs are paying.

Many industry experts think we’ll be in a lower interest rate environment for longer—and rates have already been fairly low since 2008. While there’s not much you can do about the direction rates move, it’s important to understand some of the ways they can impact your personal finances so that you can make informed decisions.