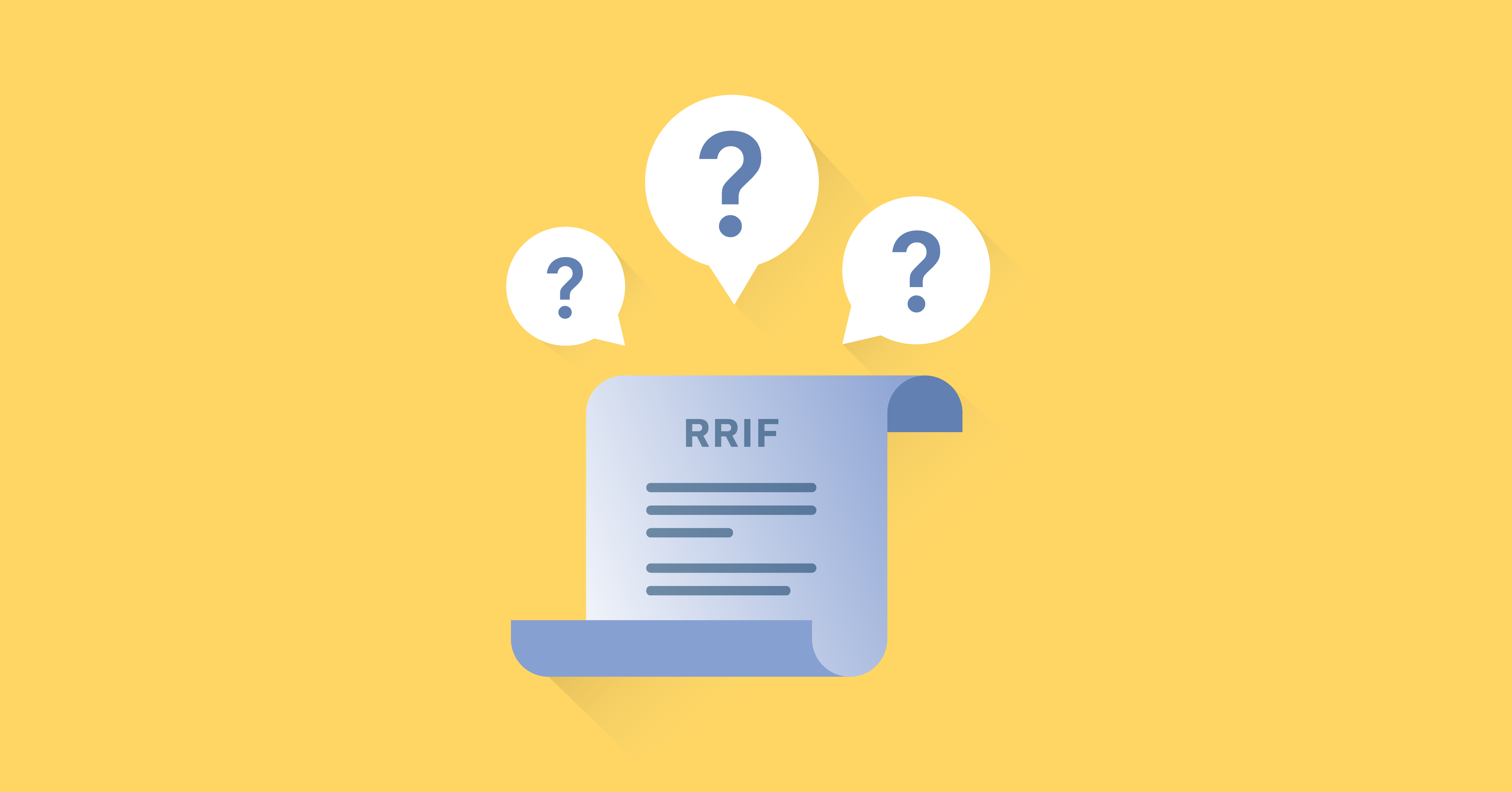 Most Canadian savers will need to open a registered retirement income fund by the time they turn 71, yet many aren’t as familiar with the account as they should be.

At some point in every Canadian’s life, their Registered Retirement Savings Plan (RRSP) will become a Registered Retirement Income Fund (RRIF). While many people eventually get the hang of RRSP investing (more or less), RRIFs tend to be a foreign concept as you don’t have to worry about this account until you’re nearing retirement.

This lack of RRIF-related knowledge has caused many misconceptions to pop up around this account. Here are the most common myths, along with the information you need to come out ahead.

Many people don’t know that you can open a RRIF at any age, though most convert their RRSP into one somewhere between ages 65 and 71. When you choose to take this step depends on when you retire and if you need the money, as you must withdraw funds from the account after you set it up.

It’s a good idea to talk to an advisor about the right time to convert. In some situations, using a RRIF earlier could help with your tax bill because withdrawals from a RRIF qualify for the Pension Income Tax Credit (PITC), while those from an RRSP do not.

The PITC allows Canadians age 65 or older to claim an annual non-refundable tax credit on their first $2,000 of pension income. As such, if you are between the ages of 65 and 71 and do not already have at least $2,000 of eligible pension income, you could benefit from opening a RRIF and withdrawing $2,000 per year to claim the tax credit. If you don’t need that income, you could move that money into a Tax-Free Savings Account (TFSA). You pay tax on the withdrawal from the RRIF, however, as long as you have the contribution room, once the funds are in the TFSA, your investment earnings will accumulate tax free. If you don’t have the contribution room, you could also remain invested by contributing to your non-registered account.

Myth: Opening an RRIF is complicated

People think that converting an RRSP into a RRIF is complicated, but it’s actually quite painless. Your financial institution will send you some paperwork to fill out, and then they’ll update the account.

However, there are some things you may want to consider when you’re making the change. You don’t have to open a RRIF at the same financial institution that holds your RRSP, so before you convert yours, it’s a good idea to shop around. Compare investment fees, see if there are any penalties for changing your withdrawal frequency, and ensure you can make extra withdrawals as needed.

You may also want to update your beneficiary, or beneficiaries, which is the person who will inherit what’s left in the RRIF after you’re gone. That can be the same person (or people) who is the beneficiary of your RRSP, or you can choose someone different. If you don’t pick someone, any remaining RRIF dollars will go to your estate.

Myth: I have to sell everything right away at age 71

You do not have to liquidate your investments when you open an RRIF. In fact, you only need to make your first withdrawal the year after you open it at the prescribed minimum, which is 5.28% in the year following the year you turned 71. (The minimum withdrawal amounts increase with age, as this table shows.) Furthermore, if your spouse or common-law partner is younger than you, you can choose to base your minimum withdrawals on their age, which would lower the required amount even further.

Of course, you can always withdraw more than the minimum, and there is no maximum amount on how much you can take out. However, if you’re going to pull more than the minimum, then you need to consider your tax bill, as withdrawals are considered income. As well, any withdrawals above the minimum amount are subject to withholding taxes, though those taxes either get applied to your year-end tax bill or you get the money back if you’ve overpaid. (The CRA doesn’t want you to be hit with a big bill and risk you not being able to pay, so it takes some of that money earlier on.) Even though your marginal tax rate may be lower in retirement than it was when you were earning a salary, if you take out too much money, you could end up in a higher tax bracket. The amount you remove may also impact your Old Age Security benefits, which can get clawed back if your income exceeds a certain amount.

Myth: I need to change my investment strategy

You don’t have to do anything differently with your RRIF; it can hold the same investments you’re already holding in your RRSP. However, many people do change their investment strategy around retirement time. You often see retirees moving into more conservative investments so that they can better protect their savings since if their equity portfolio falls during a market crash, it can be difficult to recover. Still, with many people continuing to work later in life, and depending on how much you’ve saved or if you receive a pension, you may not need to make any changes. An advisor can help you decide what to do.

Despite some of the myths out there, RRIFs are not an overly complicated concept. Essentially, you’re simply switching a savings plan into a withdrawal plan. This doesn’t mean you have to stop investing, either: if you don’t need the money you’re removing, you can put it back into an investment account such as a TFSA or a non-registered account where your money can stay invested.