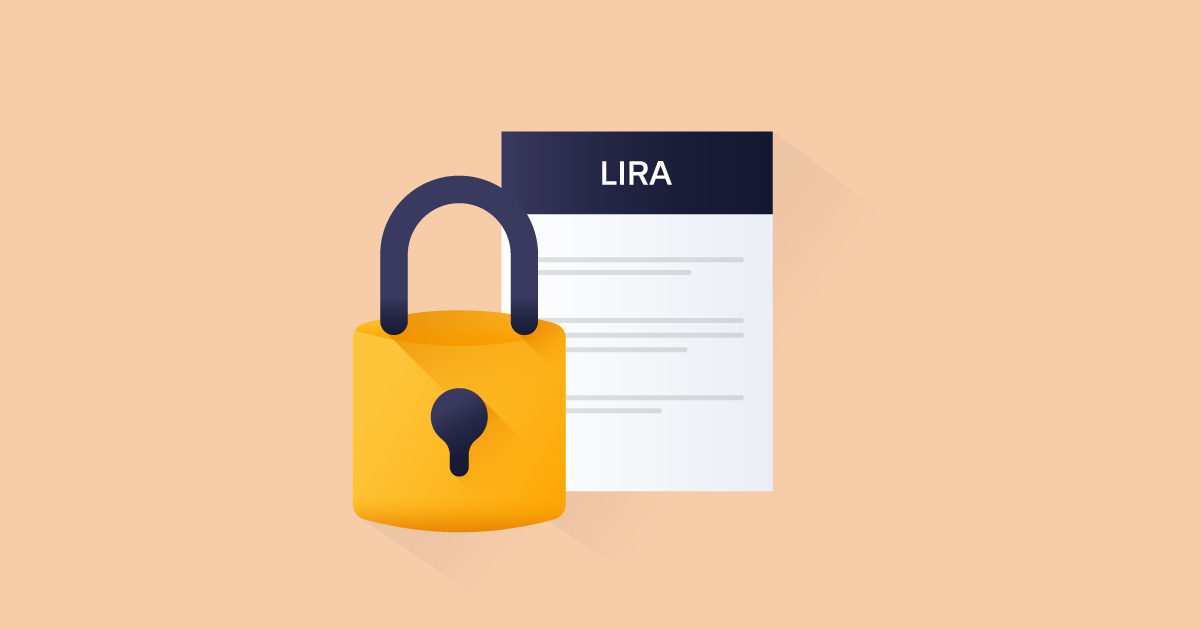 Most Canadians aren’t familiar with the locked-in retirement account, but they should be.

Ask someone what a LIRA is, and they’ll likely tell you it’s the currency of Turkey. While that may be true, in Canada it also means something else. Some savers, though not many, know that the LIRA is another type of retirement account—it stands for Locked-In Retirement Account. Think of it as the lesser-known cousin of two popular tax-sheltered savings plans or accounts: the Registered Retirement Savings Plan (RRSP) and the Tax-Free Savings Account (TFSA).

One of the reasons why it’s not discussed nearly as much as the RRSP or TFSA, is that a LIRA, which is a locked-in account—meaning that you can’t add more money into it once it’s set up (more on that later)—is only applicable in certain circumstances. For instance, this type of investment account is only for funds that were once invested in an employer-sponsored pension plan. Still, it’s important for people—and especially those who currently contribute to a corporate pension plan or who might in the future—to understand how a LIRA works.

Who can open a LIRA?

There’s a good chance that at some point in your career you’ll change jobs. When that time comes, you may have a choice to make: if you were paying into your company’s pension plan, you can decide to either stay invested in the plan and receive a pension income from your former employer when you retire, or, you can take a payout of the commuted value of your pension (which is the amount of money you are allowed to take out of your pension when you leave) and put it into a LIRA. (In some situations, such as with unionized pensions, you may be able to transfer your corporate pension to your next employer’s plan.) In short, you can’t just open a LIRA, it has to be funded with pension dollars.

What to do will depend on several factors, such as whether the corporate pension plan is defined benefit or defined contribution, and whether it’s indexed for inflation.

What’s the difference between a LIRA and an RRSP?

While a LIRA is similar to an RRSP in that it can grow tax-deferred until you remove the funds, there are some key differences. The first is that you are not allowed to invest more money into a LIRA. Whatever’s in there can continue to receive capital gains, dividends, and distributions without tax consequences to you, but you can’t invest anything more into the account. Another difference is that money in a LIRA can’t be withdrawn until retirement. There are a few exceptions to this rule, including proven financial hardship, disability, if your LIRA is too small, or shortened life expectancy. But generally, whatever’s in there stays there until you stop working or reach a certain age (the year you turn 71, you have to convert your LIRA to a Life Income Fund, known as a LIF). That’s why it’s called a “locked-in” retirement account. In fact, some jurisdictions call a LIRA a locked-in RRSP.

What if I leave a second job that has a pension? Do I need to open a new one?

You are allowed to transfer as many employer pensions into one LIRA as you’d like, as long as it’s within the same governing jurisdiction—either federal or provincial. For instance, if you already have a LIRA registered in Alberta, and then work for a company who has a pension registered in the same province, you can add the funds from that second company’s pension into your existing LIRA. If, on the other hand, you have an Alberta pension and then go work for a company whose pension is registered in another province, and then leave that business, you would have to put the pension funds you’re taking with you into a new LIRA.

What investments can I hold in a LIRA?

Although you can’t put additional funds (over and above your pension contribution amount) into a LIRA, you can invest what’s inside of it into pretty much any asset that can also be held inside an RRSP or TFSA, including mutual funds, stocks, bonds, and guaranteed investment certificates (GICs). What you hold will depend on your risk tolerance, time horizon, and asset allocation, among other factors—the same as it would with any investment account. The income you earn on those investments will accumulate tax-free for as long as they remain within the LIRA, just as they do in other registered accounts, such as an RRSP.

When can I withdraw funds from a LIRA?

The earliest you can access your locked-in funds (other than in the mitigating circumstances mentioned above) is age 50 in Alberta and 55 for the rest of Canada. To do so, you would convert your LIRA into a LIF (Life Income Fund), which is also called a LRIF (Locked-In Retirement Income Fund), just as you would convert an RRSP into a RRIF (Registered Retirement Income Fund). You could also use the money in your LIRA to buy a life annuity contract, which provides a guaranteed fixed income for life. And, depending on the province, half of the money in a LIRA may be transferred into an RRSP upon withdrawal. In any of these scenarios, the latest you can convert a LIRA to an income-generating account is by the end of the year you turn 71.

What are the rules for withdrawals?

Similar to a RRIF, you must withdraw at least a minimum specified amount each year based on your age and the size of your LIF or LRIF. However, unlike a RRIF, there are also set maximum amounts you can withdraw each year. This ensures that your savings will last throughout your retirement. And, as with RRIF income, any withdrawals from a LIF or LRIF are fully taxable at your marginal income tax rate.

Should I still invest in an RRSP or TFSA if I have a LIRA?

In a word, yes. Think about it this way: a LIRA is really just a replacement for your workplace pension plan. And, unless they have a gold-plated corporate pension plan with many years of service, most Canadians rely on multiple sources of income in retirement, including RRSP and TFSA investments.