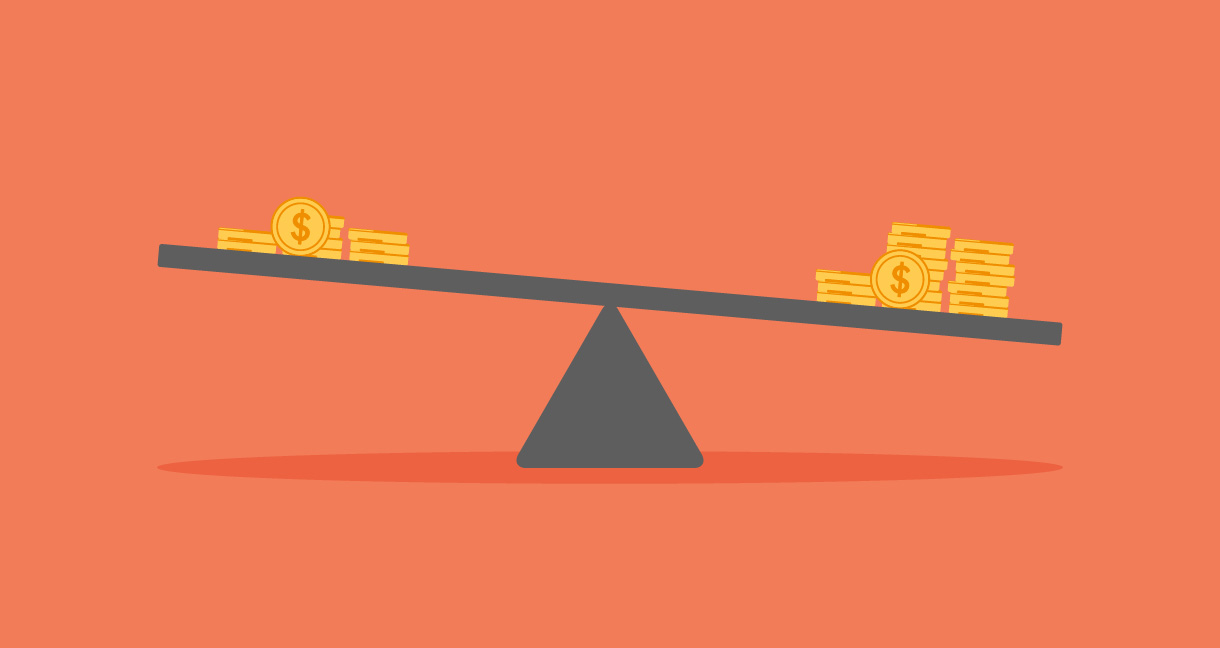 Can you have your cake and eat it, too?

We’ve all heard the saying “Without risk, there is no reward,” but for many investors, embracing risk can be a challenge. When markets go up, investors cheer. When they go down, investors worry.

It’s an understandable reaction, says David Fraser, an investment advisor at Mawer Investment Management in Calgary. “For a lot of people, you’re talking about their life savings and what they can achieve and do in retirement. There are a lot of reasons to be worried. But I think it’s important to not let emotion trump rationality with your investment approach.”

According to Mr. Fraser, the problem is when investors panic and want to sell immediately when an investment has dropped in value.

“It’s problematic if you’re selling in reaction to that emotional fear, rather than evaluating the fundamentals and whether or not the investment remains a suitable long-term position,” he says. “There aren’t too many guarantees in finance, but I tell my clients we can expect markets to move up and down. Things can’t always move in a linear direction and on an upward trajectory. There will be periods that aren’t so rosy.”

If fear of market turbulence is keeping you up at night, there are ways to incorporate risk into your portfolio and avoid the panic attacks. The first step, Mr. Fraser advises, is putting together a long-term plan, so that any bumps in the road won’t cause knee-jerk reactions. “Making sure you’re in the right investments today is crucial, rather than waiting for that period when things [don’t go] so well,” he says.

When putting together an investment plan, Mr. Fraser often goes over potential scenarios with clients based on how particular investments have performed in the past. “It’s doing that due diligence ahead of any market downturn. [It’s] looking at past scenarios and saying, ‘If that repeated, would you be comfortable with that? Would it impact your standard of living? Would it impact your retirement plan?’ ” says Mr. Fraser. “That’s the time to reassess an asset mix if necessary and not when there are market pullbacks.”

Shannon Lee Simmons, a certified financial planner and personal finance educator based in Toronto, agrees that education is key in helping clients handle fear of risk. If a client has been well informed about an investment’s past performance and the possibility that it could drop, any turbulence is much easier to handle.

“I can say to [my client], ‘You are currently experiencing exactly what I told you could happen,’ ” says Ms. Simmons.

Time horizon is also an important factor, she adds. “It’s not just your ability to handle the ups and downs; it’s how long you’re investing for. I have clients separate their short-, medium- and long-term goals and [the] different asset mixes [for each]. If [they think] they will need to use the funds in a year or two, they should not be invested in 80-per-cent equity. That’s an asset mix appropriate for someone with a 30-year time horizon.”

Ms. Simmons uses analogies to remind clients that it’s important to keep perspective when there is a dip in the markets.

“I often refer to it as stepping onto the scale after the holidays,” she says. “If you weigh yourself every single day, you’re going to get frustrated. But if you look at it over the long run, you will be able to see if you are actually on target. It’s taking a step back and not getting lost in the daily numbers.”

One of the biggest challenges is that investors often have unrealistic expectations when it comes to returns, notes Mr. Fraser.

“They say, ‘I want safety of principal and all my capital, but I want at least a 10-percent growth,’ ” he says. “Unfortunately, that’s still a common request we get.”

Investors should be skeptical of any advisor who is trying to guarantee a risk-free rate of return, particularly when it comes to equities, warns Mr. Fraser. “Equities have historically been a strong-performing asset class, but it’s only because they periodically fall in value and have those pullbacks,” he says. “But then the question becomes: What is more important, growth or preservation of capital? And it’s really about establishing where that investor falls on that risk spectrum. If someone’s risk tolerance is low enough, the stock market could be out of the question entirely.”

Mr. Fraser recommends diversification as an important way to mitigate risk—a portfolio with a variety of assets, currencies, and countries in different sectors. “We see a lot of it here in Calgary where someone is working in the oil and gas sector and predominantly invested in oil and gas because they feel they have inside knowledge and know the market. Even their real estate is probably here in Calgary,” he says. “Then commodities go and do what they do, and that’s a very tough pill to swallow.”

Diversifying can help put the odds in the client’s favour. “If one industry, like oil and gas, doesn’t perform well, maybe you’re invested somewhere else such as airlines, [which] can be positively affected by low oil prices, and so they offset each other,” he explains.

And if turbulence does hit? In general, the message should be “stay the course,” he says. Working with a trusted advisor can help keep emotion from clouding investors’ judgment when things get rocky.

“With the advisor, the benefit is a calming voice during turbulent times really,” he says. “They can keep those emotions quelled and ask: ‘What are we doing long-term? Has anything changed in your personal situation? Have you purchased a new home or changed jobs? Should we make a change based on that?’—rather than [make changes] based on what the markets did last week.”

For clients who are really feeling uncomfortable with the way the markets are behaving, a compromise might be in order.

“If someone really can’t sit idle and have that long-term strategic asset allocation, it’s probably better to make smaller changes—not doing anything drastic, like 100-per-cent equities to 100-per-cent cash, [but] maybe you want to pick up 5 per cent more bond exposure,” says Mr. Fraser. “That’s a lot more realistic, and that way you’re not caught out one way or another.